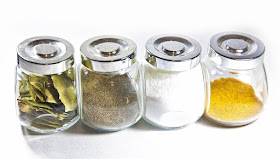 Listen. If that title isn't an SEO gold mine, I don't know what is.

Today was my follow-up med check with my doctor. You know, the appointment in which you have to be somewhat crazy ("Please refill my prescription.") but not too crazy ("Like, I don't need to be committed or anything."). It's a fine line. It stressed me out.

My doc is so, so nice. We talked about how I'm feeling (Better but anxious like worrying is my J-O-B.). We talked about adding another med (In theory, I'm against any med that makes you need another med, but at this point? I DO NOT FUCKING CARE.). And then she gently said, "You know, some people just need to be on these medications. Their brains don't produce these substances and there's no stigma to being on medication long-term."

And then I cried just enough to get red-faced and blotchy.

And then it was OK. Except I was all blotchy and had that "Oh, she just cried" look. And we get health care through my husband's work, so the clinic is in his actual office building. And I was meeting him for lunch, in the cafeteria, amongst hundreds of his peers.

Sigh. I just decided it was fine. My handbag arsenal consisted only of lipstick, and adding more pink to the situation wasn't going to help.

I met My Guy and he showed me around the café ... which is redonkulous. He works for a tech company and the cafeteria is a lot like Google, except you still have to pay for your food. But it's basically the fanciest food court you can imagine with all sorts of options.

I'm a vegetarian, so finding non-lettuce food can be a challenge. But the Indian station had several veggie options. We ordered at the fancy kiosk. And then I waited for my food at the Indian station. It's all very high-tech - they have a video board and you can watch your name move up as they fill orders.

So I waited, and the guy behind the counter was yelling at people and quickly filling orders. Finally, it was my turn.

I stood at the counter. And the fast-moving yelling guy just stopped and looked at me.

I just looked at him. Because duh.

He tried again. "This is SPICY."

Finally, he was sort of like, "Your funeral, lady" and threw some food in a container and threw it at me.

I got racially profiled at lunch!

For the record, the food was spicy but it wasn't SPICY. It was "I drank a bunch of water" spicy, not "Give me all the dairy products to put in my mouth forever" spicy. It was delicious and I ate all of it.

The lunch date with My Guy softened my heart about, you know, being on 17 antidepressants until the end of time. (OK, two. Two antidepressants.) Because he is cute and funny and was impressed that his little white lady wife ate all the spicy Indian food after the trauma of being racially profiled.

I mentioned this story to my friend who is Fake Asian. She grew up in Iowa but is Korean but ... SHE GREW UP IN IOWA. She reported that when she's out with white friends, she can order Thai food that's a seven on the one to 10 spicy scale and the waitstaff doesn't blink. But if a white friend orders a seven, the waiter is invariably all, "Oh, are you sure? That's super, super hot."

Are people with less pigment genetically incapable of eating spicy food? Did I miss something?

To be fair, I was blotchy at lunch. Maybe the fast-moving yelling guy thought I'd already ingested something too spicy. You know, something like Sprite.
Becky Brown at 5:55 PM 9 comments:
Share

Depression, my DVR, RuPaul, and learning to be real.

I went off my antidepressants last year. I just kind of wanted to see what would happen. And it was … fine. It just felt like there were more peaks and valleys.

Well, and as an unmedicated empath, it felt like I was walking around naked. And people would shave my skin off with a cheese slicer, shove their problems into my body, and then try to sort of slap my skin back over it in an “Ehh, good enough” half-assed gesture. But it was fine.

I wrote this big long blog about antidepressants and my experience going off of them and how powerwashing my MIL’s house was the key to getting over the withdrawal zaps and I how needed to be bold and talk about it and things were OK and blah blah blah. Except I never published that blog.

Probably because subconsciously, I knew that things weren’t OK. Shit was building up.

I’m just going to be straight with you. After about seven months, I started crying a lot. And being a royal witch to my husband. And feeling super put out anytime anyone asked me for anything – including paying clients.

And then? Then, our DVR betrayed me.

Our DVR is 97 years old because neither of us can stand the thought of calling DirectTV and haggling to get new equipment or dumping them entirely, only to sign up again next week  so we could get new equipment. DirectTV? Your customer service model leaves a lot to be desired.

So, we have this DVR that’s made out of an old gramophone and some piano wire and probably real cocaine, since it used to be in everything.

And our coked-up, elderly DVR did not record the finale of RuPaul’s Drag Race All Stars Season Three.

My Guy immediately started looking for online alternatives – the Comedy Central app, streaming, all of it. He kept a watchful eye on me, his indignant life partner. I turned away from him. And then I buried my face in the sofa cushions and completely lost my shit.

And that? That was the moment that I knew I needed to go back on an antidepressant.

It’s been a rough few weeks. Once you hit rock bottom, then you have to sit there in the rocky bottomness while a) you procure meds; b) the meds start to kick in; and c) the meds build up enough to have a consistent effect.

I’ve been crying a lot. I’ve had pretty much zero concentration. I feel like I need to apologize to the world for my broken brain and inability to just get over it already.

But, you know, here I am. Still here. Like a motherfucking warrior. So, there’s that.
Becky Brown at 6:00 PM 8 comments:
Share
‹
›
Home
View web version