Thank you for the kind words about the passing of Foxie Doxie. They truly mean more than I can ever say.

I'm cycling through all the stages of I'm-not-good-at-this grief:
What's your go-to stage of grief? Clearly, I'm no expert. Any suggestions?
Becky Brown at 9:43 PM 9 comments:
Share

When I first adopted Foxie Doxie, he had a big ol' bald spot on his side.

He'd gotten burned by some fresh asphalt, and the vet said my hyper doxie would probably never grow hair there.

Well, clearly, the vet was full of shit, because Foxie totally grew lush side-body hair. He was the dachshund equivalent of Farrah Fawcett. He did things his own way, thank you. 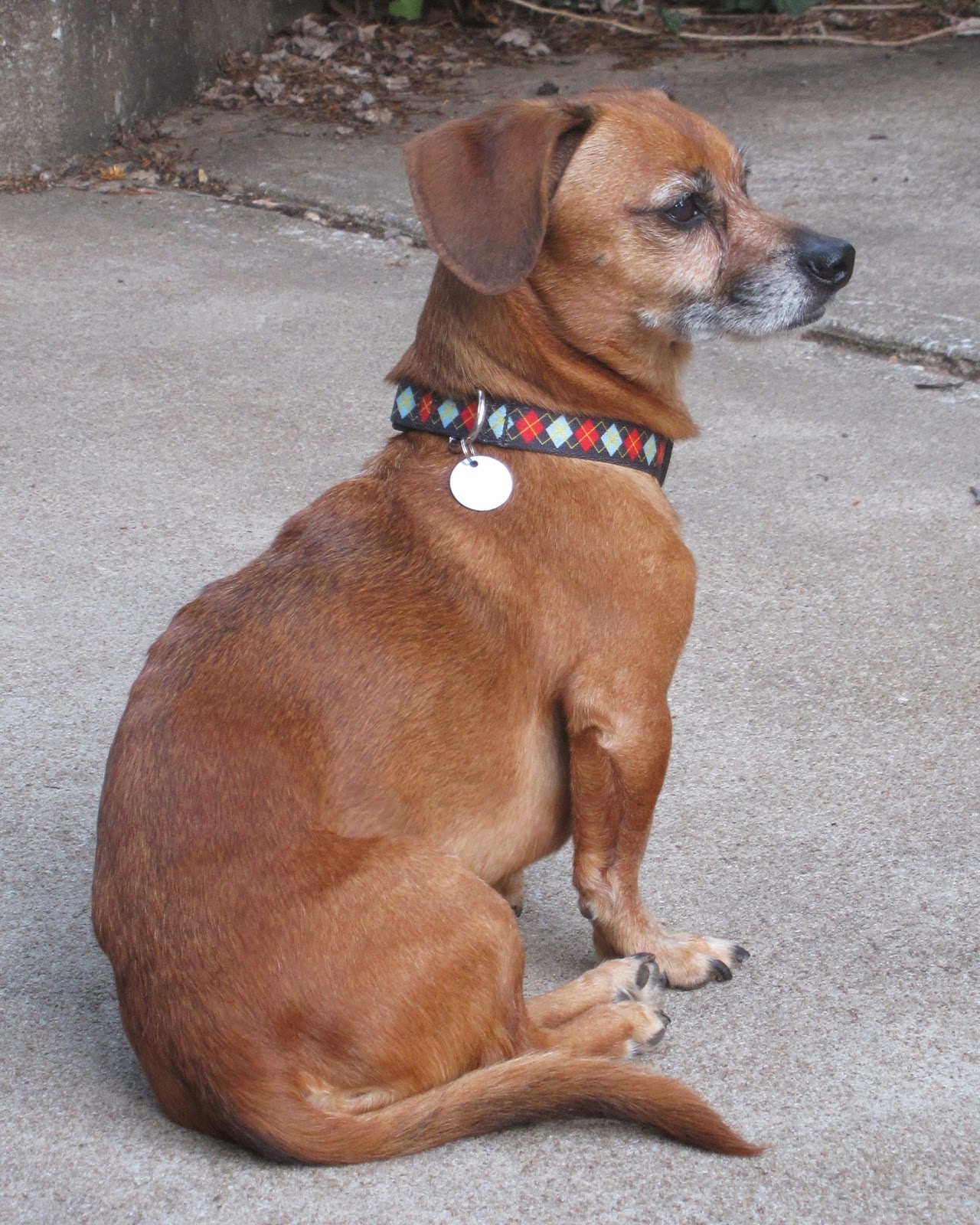 That was 12 years ago, and Foxie has been full of piss and vinegar every since. You lookin' for somebody to trap a possum, at night, in the pouring rain? Foxie's your man. You wondering just who would pee on wedding invitations?

Well, Foxie was a tiny bit ashamed about that one, but evidently, it had to be done - even if it meant wearing The Overalls of Shame afterwards. 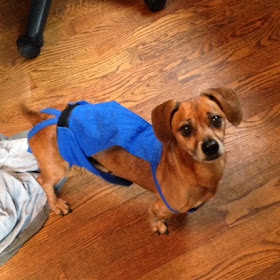 So, 12 years and one week after I first met my little guy with the bald spot on his side, he got the same hairdo again. He got shaved for an ultrasound, as we hadn't been able to shake his raging UTI.

Never in my wildest, most hypochondriacal dreams did I think that Foxie Doxie's little tinklepotty problems were actually prostate cancer.

But they were. And that bidness is bad, bad news in dogs.

Our options were basically "ship him off to Colorado for treatment that will scar him emotionally and fry all his internal organs" or ... let him go.

We found out Friday. By Saturday, it was obvious that he was miserable and wasn't going to get any less miserable. My Guy and I decided that keeping him around would be wholly selfish on our parts.

Foxie cuddled with Lil' Frankfurter, and then enjoyed some sunshine. 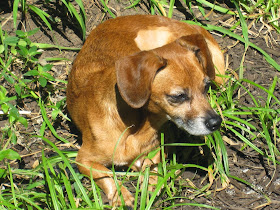 I wrapped my boy up in a blanket and we went to the vet.
He died in my arms.

So, here's the thing: Foxie Doxie was the longest non-family relationship of my adult life. He knew stuff. We went through a lot together. And while he didn't say much, he knew.

And he was a total jackass. This is a kid who peed in my bed more than once, just because. He had such social anxiety that he would lose his mind if another dog even deigned to walk down our street. He felt it was his duty to mark every piece of furniture in my house - and my parents' house. He took this duty very seriously.

And yet. He had the softest ears on the planet. When I held him, he would tuck his head under my chin and snorgle loudly. He was my boy, and I was his mama.

My heart is broken.

And yet. When the vet tech asked for a phone number to call when the ashes were ready, I told My Guy to give her my number. He was upset, and the phone number he rattled off had about 17 digits and wasn't even close to my number. Like, the area code wasn't even right. I was holding our dying dog, and I started laughing like a hyena. I looked at the tech, who was mortified. "That's so not my number," I said. "We've been married 3 and a half years, and that's not even remotely my number!"

So, at least there was laughter through the tears in Foxie Doxie's last moments.

Lil' Frankfurter and Big Doodle are sticking to us like glue, as they know we need each other more than ever. Our little pack is reeling, but we're doing it together.

We love you, Foxie. 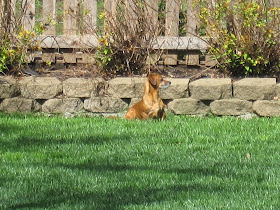 We've got a mouse.

I used my mad detective skillz to figure out we have a mouse because someone chewed through the bag of Fritos, right before I made chili. So, you know, there were no Fritos for chili. Our lives are so terrible!

And after it became obvious that there had been a mouse in the bread drawer, I checked out all the other kitchen cabinets. The lazy susan was filled with corn starch, and the corn starch had tiny little paw prints running through it. There were actual turds in the blender.

For those playing along at home, here's the final tally:

This crazed disinfecting took so long because I had to keep stopping in order to clean up dog pee. Foxie Doxie has a raging UTI, and is basically slow-rolling through the house, tinkling as he goes.

You know you want to come over.

Last night, My Guy and I surveyed the damage. Everything except canned goods is on the counter, because surely our mouse isn't surly enough to breach the counter. This means that we have about 4 square inches of available counterspace for actual cooking.

We're probably going to come down with the bubonic plague. It seems fitting.
Becky Brown at 11:07 AM 8 comments:
Share
‹
›
Home
View web version